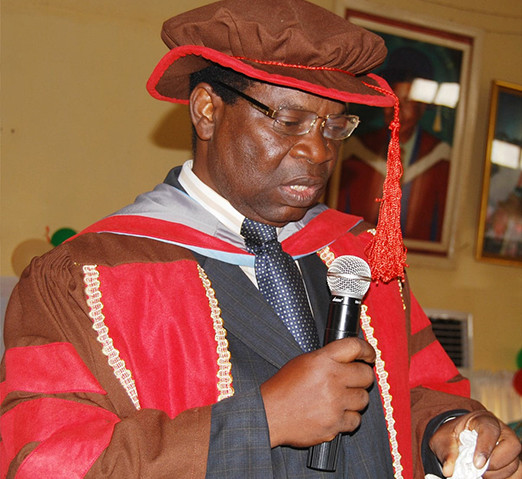 Prof. Abayomi Oluwatosin Jiboku, the founder and proprietor of Taidob Group of Schools was born on 26th July, 1950 and hailed from Abeokuta, in the Abeokuta South Local Government of Ogun State. He started his academic career at St. James African Primary School, Idi-Ape, Abeokuta, which he completed with good grades in 1962. Between 1964 and 1968, he had his Secondary Education at African Church Grammar School, Ita-Iyalode, Abeokuta.

Late Prof. Jiboku’s thirst for education was high, and this impetus propelled him to seek admission into Ijebu Ode Grammar School where he studied for his ‘A’ level programme in 1969, after which he opted for preliminary programme at University of Lagos. Between 1969 and 1974, Late Prof. Jiboku was a student of University of Lagos, where he studied Chemistry. He bagged a special Honours Degree (B.Sc. Hons) in Chemistry in 1974. Ever ambitious as before, he forged ahead in his academic career by obtaining a Master’s Degree in Analytical Chemistry from Ahmadu Bello University, Zaria in 1976.

Late Prof. Jiboku’s determination to be a distinguished, all-round professional in Chemistry motivated him to bag another Master’s Degree in Physical Chemistry from Nigeria’s Premier University, University of Ibadan in 1983. Late Prof. Jiboku, an erudite scholar, went back to his alma mater as a doctoral student between 1983 and 1987, and obtained a Doctorate Degree (Ph.D) in Chemistry.

Late Prof. ‘Yomi Jiboku attended many Local and International workshops/conferences where he had presented a sizeable number of academic and professional papers. He attended a practical methodology course organized by Embassy CES Cambridge in the United Kingdom between 29th July and August, 2002. As a determined celebrated academic, Late Prof. Jiboku proceeded to Washington Academy in the United State of America, where he obtained Diploma in Applied Computer Technology in April, 2003. He attended a 4 – week educational programme in Dubai on the 22nd July, 2012 organized by Commonwealth University, Belize and was awarded a Doctoral degree in Education (D. Ed.).

Late Prof. Jiboku’s dream to impart knowledge came into reality when he started his teaching career at Government Secondary School, Malfanshi and Saminaka in the then Kaduna State, during his National Youth Service Corps (NYSC) programme in 1976.

In 1976, he joined the Advanced Teachers’ College, a division of Ahmadu Bello University, Kano as an Assistant Lecturer. He was there till March, 1977. In April, 1977, he joined the Ogun State Polytechnic as Lecturer II. He lectured there in various capacities and he rose to the position of Principal Lecturer before his voluntary retirement in 2002.

Late Prof. Abayomi Jiboku’s contributions towards educational standard during Chief Olusegun Osoba’s led Administration in Ogun State, brought about his appointment as Director-General of the Bureau of Lands, Survey and Town Planning. While in the Ministry, he invested his vast and unique experience that brought about positive changes in the system. However, his administration was interrupted when the Military seized power in 1994.

As a proof of his administrative acumen as Director-General of Lands, he was appointed the Sole Administrator of Ifo Local Government in Ogun State. He held that position creditably well and the Local Government was radically transformed. He left the office after the completion of Local Government election, which ushered in an elected Chairman. Until his death, Late Prof. Jiboku was the Proprietor and the Chairman Governing Council TAIDOB GROUP OF SCHOOLS, Asero Housing Estate, Abeokuta.